“This is a touching story about the odd collision of fate and will.  A poignantly rendered, impeccably researched tale of a rupture healed by time.”

“This riveting memoir was an unusual survival story of both loss and love… The ending warms the reader’s heart, and I highly recommend this true story.”

“Crossing the Borders of Time will bewitch you…There is no fictionalized account of long-lost love that could be as compelling.”

“Leslie Maitland’s nonfiction account of her mother’s life Crossing the Borders of Time will keep you glued to its pages….Romantic novels don’t get as good as this book.”

“Sometimes the truth is not ‘stranger than fiction’ but more compelling than fiction, and that’s the case here…. Well written and captivating, its story will stay with readers well after the book is finished.”

“Crossing the Borders of Time … is a panoramic work of nonfiction that I believe Hemingway would have been proud to put his name on.”

“An absorbing true account of romance, resilience, and survival…”

“Crossing the Borders of Time is more beautiful than a novel because of the power of its true story and the richness with which it is told.”

“This is a worthy testament to how war and displacement conspire against personal happiness.”

“…a tale at once heartbreaking and uplifting, in which the story of a young woman’s love – revealed by her own daughter – triumphs over the tragedy of world events.”

“The knock on the door that first pulled us into Maitland’s story leads to improbable and intriguing contemporary connections, some built on secrets not yet revealed. … I wait for Maitland’s sequel.”

“This is a poetic story of undying love full of insight and honesty that truly crosses the borders of time.”

“Informative and electrifying…grips the reader’s attention.”

“Schindler’s List meets Casablanca in this tale of a daughter’s epic search for her mother’s prewar beau — 50 years later.”

“[Leslie Maitland’s] book is stunning…. I was swept away by the mystery, the love, and the journey. An incredible and utterly engrossing story!”

“As gripping as any fiction… Readers hoping for a happy ending will be rewarded by a conclusion any novelist would have been happy to create.”

“…one of the most poignant love-lost, love-found stories I have ever read, with an ending that Hollywood wouldn’t dare.”

“Leslie Maitland’s Crossing the Borders of Time... It’s a compelling, epic, World War II story of love lost but not forgotten and the power of memories.”

“This is a fascinating story of thwarted love, longing, and the travails of one woman and one family within the broader context of war and persecution.”

Separated by war and her family’s disapproval, the young lovers—Janine and Roland—lose each other for fifty years. It is a testimony to both Maitland’s investigative skills and her devotion to her mother that she successfully traced the lost Roland and was able to reunite him with Janine. Unlike so many stories of love during wartime, theirs has a happy ending. 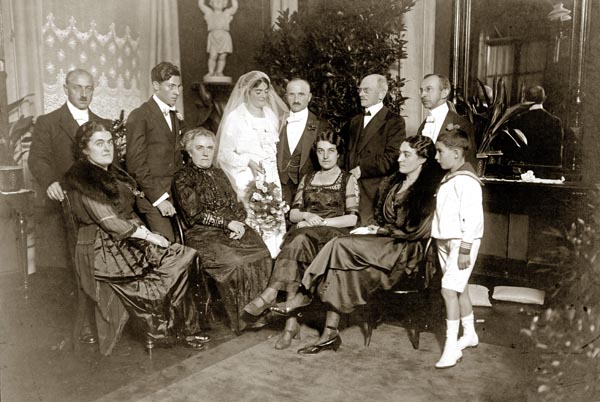 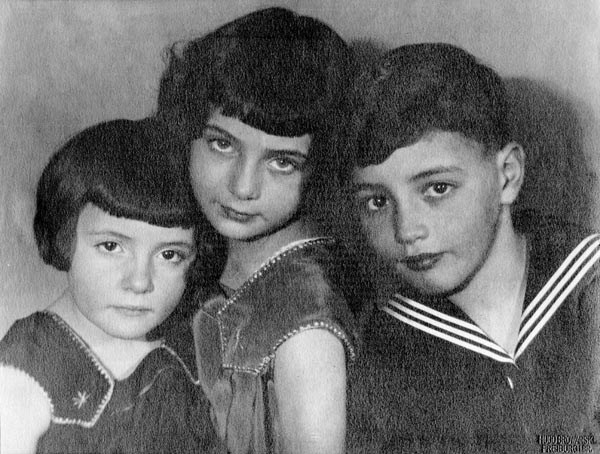 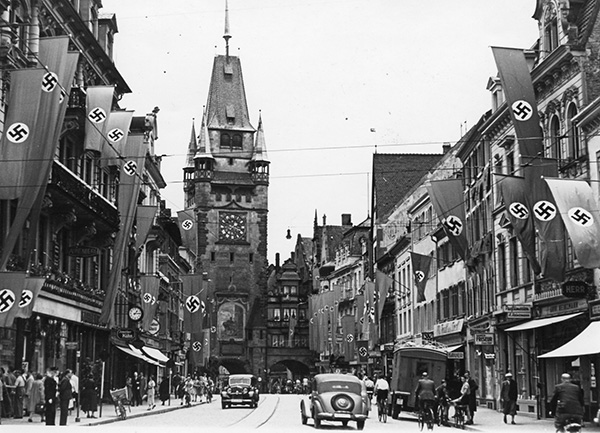 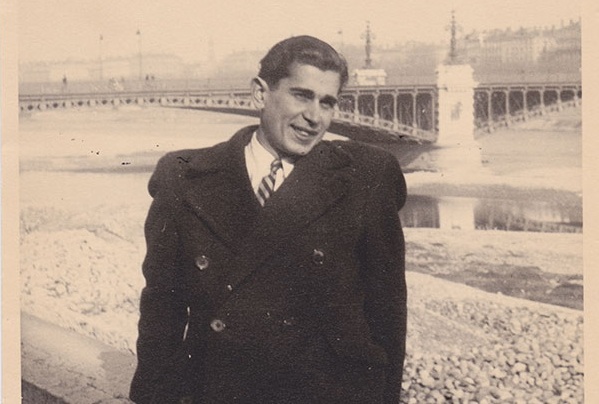 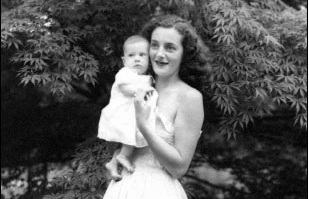 Leslie Maitland's grandparents, Sigmar and Alice, at their wedding in Heidelberg in July 1920.
The couple's three children - Trudi (L), Hanna (later known as Janine, Leslie's mother), and Norbert -- in a photograph taken in Freiburg in 1930.
Freiburg’s Adolf-Hitler-Strasse, lined with Nazi banners and flags, between 1935 and 1940. To create a street grand enough to honor the Fuhrer, the city’s main thoroughfare, the Kaiserstrasse, was linked to other streets to the north and south.
Roland Arcieri, Janine's lifelong love, in Lyon, France shortly before their separation when she was forced to flee in March of 1942.
Janine would captivate her daughter Leslie with stories of her life in Europe during the war and her wistful longing for her lost fiancé, Roland.

Click here to see more images on the blog »